An article came out recently that made me very, very sad. And a little bit mad. Here is the article, if anyone wants to go read it, but I summarize thusly: many famous, very popular authors are vehemently opposed to fan fiction. Not only do they disapprove of it, but many of them consider it an infringement upon their legal rights and threaten to sue their biggest fans for writing it, which is up there with kicking puppies in terms of dickishness.

This is a very sad thing. It is also a terrible thing to say to fans. I will tell you why.

Fan fiction is not stealing, or copyright infringement. If fans were writing fan fiction and then selling it, sure–sue their pants off. A writer has to make a living. But most fan fiction goes up on the Internet, where other fans of the original work can read it for free, and no one is making a profit off of it (except, perhaps, the website hosting it, but I know nothing about the legal intricacies of that so I’m just going to leave it alone). Fan fiction does not threaten the writer of the original content in any way. The people who read fan fiction are also going to buy and read the original stories, and in some cases the fan fiction actually sort of works like free advertising.

So what is fan fiction? Simple: it’s practice. Yes, the time and energy that a fan puts in to writing a fan fiction could have been spent on an original work, but what’s the point in that if she hasn’t learned how to write yet? By copying the style and pacing of a published author, aspiring writers are learning the craft of writing. Painters do this all the time. Go in to any art museum anywhere in the world, and I guarantee you will find at least one aspiring artist copying masterpieces for all they’re worth, until they have the techniques down cold. And lots of famous authors re-write older stories and mythologies, which is essentially the same thing as fan fiction, and no one bats an eye at that. So why is it suddenly such a waste of time when aspiring writers do it? 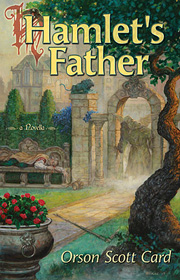 What’s more, fan fiction is practice that comes with a built-in audience and a measuring stick for quality. The people who read fan fiction also read the published work that inspired it, and they are (generally) more than happy to help other fans of that work better emulate it. It’s trial by fire, but in a (relatively) friendly environment full of people who are interested in the same things you are interested in. You can get instant feedback on your writing, with very little in the way of actual risk.

And as for the really tetchy writers who just don’t want anyone else playing in their playground–I’m looking at you, George R.R. Martin–tough shit. When you publish something, it no longer belongs to you. You don’t get to control what the fans do with it once you put it out there. You have every right to prevent other people from profiting off your work (though judging by the fact that there’s a freaking TV series about Game of Thrones, Martin is obviously not nearly as possessive when there’s a huge paycheck involved), but you cannot stop them from elaborating upon it on their own time in ways that don’t hurt your profit margin. If you don’t like fan fiction of your work, don’t read it. That is your only option.

Fan fiction gets a bad rap, and I don’t understand it. I learned to write by copying the people I loved, and so have a lot of fantastic writers. In fact, when you take writing classes, they encourage you to emulate the styles of the greats, which is really just fan fiction lite. It doesn’t violate copyright, and it certainly isn’t a waste of time. Even when you’re just doing it for fun, there’s plenty of merit in it. Authors would do well to keep this in mind: fan fiction hurts nobody, and helps many, and whining about it only serves to alienate fans of your work. Leave them alone. They’re paying you a compliment. Let them.

“All worthy work is open to interpretations the author did not intend. Art isn’t your pet — it’s your kid. It grows up and talks back to you.” -Joss Whedon

P.S. Yes, I have written fan fiction. I have written a lot of it. I have not written very much of it in recent years, but there’s a Sherlock ditty in my head just begging to come out, so maybe someday I will actually finish writing it. You will certainly hear about it if I do.

P.P.S. Neil Gaiman is quite a bit more amenable to the idea of fan fiction, which makes me like him even more. Observe:

I think that all writing is useful for honing writing skills. I think you get better as a writer by writing, and whether that means that you’re writing a singularly deep and moving novel about the pain or pleasure of modern existence or you’re writing Smeagol-Gollum slash you’re still putting one damn word after another and learning as a writer.

5 thoughts on “In Defense of Fan Fiction”