Movie franchises get a lot of flak for capitalizing on a successful film with half-assed and gratuitous sequels. Of course, sequels invariably suck, usually because they have to both create and then solve a character flaw for a protagonist who already reached resolution at the end of the previous film. It’s like taking “happily ever after,” closing the book, and then shouting “BUT THEN THIS OTHER SHIT HAPPENED.” No. The story is over and your sequel sucks. Leave it alone. 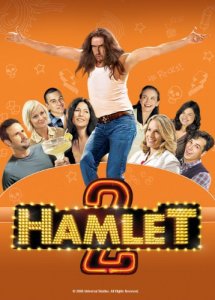 But movies aren’t the only medium that does this. Just as many book series are guilty of the same mistake, and I’m going to talk about it in the context of a few of my preferred young adult novels. Saddle up, kids and kittens. (I’ve always wanted to use that phrase, but I figure it will never actually be appropriate, so there it is.)

First of all, it’s important to draw a distinction between the kind of sequel that comes in a pre-planned series, and the kind of sequel that I am talking about. Regardless of your opinions on the individual books and their qualities, the latter editions of Harry Potter, the Hunger Games and, yes, even Twilight, don’t fit this description. Those series all have pre-planned over-arching plots that carry the story through the different books, to varying degrees of success. The sequels I am talking about are the unplanned ones–the ones that authors got talked into writing later. Okay? Okay. Let’s get to it.

When the character has learned his or her lesson, the story is over.

My first example is The Last Little Blue Envelope by Maureen Johnson. This is a sequel to Johnson’s lovely coming-of-age book 13 Little Blue Envelopes, in which the protagonist, recent high school graduate Ginny, is lead on a wild trip across Europe by a series of clues left to her by her eccentric (now deceased) aunt. The clues are all stored in 13 different blue envelopes, and Ginny has to open them sequentially, then follow the instructions. Throughout the book, Ginny repeatedly looks to her aunt for answers to her problems, constantly hoping that the next envelope will contain some sort of secret to life, but Ginny never gets to see what’s inside the last envelope. Instead, she loses it, and thereby learns the real lesson: you can’t rely on other people to give your life direction and meaning. You have to discover it for yourself.

This was a lovely note to end the book on that felt totally organic to Ginny’s character and also important as a general life lesson. Thus you can imagine my irritation upon discovering that there was a sequel in which the last letter was found, leading Ginny to discover…well, I don’t know, really. I mean, I’ve read the book, more because I like the author a great deal than because I expected anything out of it, but honestly there isn’t much of a point to it. She finds a different boy to kiss and then decides to go to school in Europe. It’s pretty stupid, and it completely unravels the work done in the first book. Instead of letting Ginny keep her epiphany, this sequel re-sets her as an unsure teenager desperate for validation from someone else, and that’s just disappointing.

When the world has been saved, the story is over.

But at least Johnson’s book is only redundant on a personal level. Extras by Scott Westerfeld is so ridiculously contrived that it took a world that he’d spent the last three novels “saving,” and immediately plunged it back into the dark ages for the sake of letting a different character say nice things about his original protagonist. Don’t get me wrong–I love the Uglies series, and its protagonist Tally (even if her love triangle is even more of a cop-out than the one in the Hunger Games). It’s a masterful exercise in character voice, with Tally’s brain essentially getting reset at the beginning of each book, and it isn’t shy about throwing some hard punches. Even if the environmentalism message is more than a little bit on the nose.

But Extras  takes all of that struggle that Tally went through and basically just flushes it for the sake of a story that doesn’t really make sense. The majority of the book is spent trying to explain how everything has gone all to shit again in such a sort period of time when the last book ended with Tally saving everything, which leaves very little space for, you know, the plot. Not that there is much of a plot, because the “story line” is really just a scribbled attempt to connect unrelated plot points. And then when Tally shows up–and she does show up, giving the new protagonist ample time to gush about how cool she is–she just sort of fixes everything again. And then it turns out that there wasn’t actually a problem at all. Yeah, it’s really stupid. This book should not exist.

Only write the sequel because it begs to be written–not because other people are demanding it. Now, I talked about this book–Speak, by Laurie Halse Anderson–a couple days ago, and I have nothing bad to say about it, and those of you familiar with it probably know that there isn’t a sequel. But it’s on this list because of the section at the back of my edition, from the author, Anderson. She takes a couple of pages to talk about the possibility of a sequel to Speak, which she is not ruling out, but tempers with an explanation:

Sequels are too often crass attempts to make money off something that worked the first time, but without the care and attention that made the first movie or book so special. Book sequels seem to work best when the author had planned a follow-up from the beginning and left a few story lines dangling that could be picked up and woven into a new plot. …

So here’s the last thing: I can’t write the sequel until I stumble on the right story and Melinda wakes me up again in the middle of the night. So it might never happen. Or it could happen next year. Or more likely, somewhere in between those two possibilities.

I’ll speak up when Melinda is ready.

You can’t write a sequel just to write a sequel. Well, I mean, you can, and from a commercial standpoint you probably should, but if what you’re after is artistic integrity and a story that will appeal and compel, don’t. Sequels should occur organically, and they should grow from the needs of your characters and the universe in which they live. Not everything needs an epilogue.

2 thoughts on “On Bad Sequels”