2015 seems to be having a love affair with British books-turned-movies, what with Mortdecai last week, and Paddington before that. The trend doesn’t break with Seventh Son, which is based on Joseph Delaney’s The Spook’s Apprentice, called something entirely different in the US, because aren’t British books always? 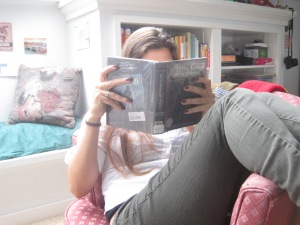 The Book: The Last Apprentice: Revenge of the Witch, by Joseph Delaney

First impressions: As the first in a lengthy series, The Last Apprentice reads like a prologue, covering only preliminary plot points but promising much more to come. As an opening hook, however, it’s not terribly effective. I didn’t feel compelled to seek out the second installment, and I probably won’t unless there’s a second film. It’s also a lot less scary than it thinks it is, but then I’m pretty far outside its middle-reader target audience, so what do I know.

The Last Apprentice follows Thomas Ward, the seventh son of a seventh son, who become apprentice to the local “Spook,” which is…a witch doctor of sorts? Somebody who fights against creepy crawlies, so basically just Supernatural but in Ye Olde (date unspecified) Times. In this case, the Spook in question is Old Gregory, who takes Tom under his wing while simultaneously managing to not be present when anything plot relevant goes down. The witch mentioned in the subtitle is Mother Malkin, whom Tom sets free after being tricked by Alice, a protege witch and definitely future love interest of ambiguous morality.

Like many protagonists, Tom proves himself to be endlessly brave, but not terribly interesting. His personality is almost entirely subsumed by the plot, leaving his co-characters to pick up the quirks. Unlike most protagonists, however, he doesn’t have a goal or anything to learn. I mean, he becomes slightly less naive, but there’s no major personality flaw  that gets him into trouble, and thus no character growth. Mostly he just does really stupid things to get into trouble, and then slightly less stupid things to get out of it again. In the end, I felt very strongly that Alice’s story was the far more interesting one, or even Old Gregory’s, or Tom’s mother’s. But what else is new in the world of YA fantasy?

Will it adapt?: Yes. Despite my disinterest in the book, this is the kind of story that adapts very well to film. It has a clear environmental aesthetic that the set and costume departments can go crazy on (especially the witch–her description is uniquely animalistic in a way that I’d love to see a talented make-up artist grapple with), there’s plenty of room for cool special effects, and the plot is simple enough that it’ll be easy to cut down into 70 minutes. There’s very little in the way of backstory or exposition, so the film can just jump right in with the spooky shenanigans. Will it be a good movie? Eh, probably not in the award-winning sense, but if they adapt it straight, it’ll at least be entertaining. I just hope they don’t bank on getting to make a second film and leave this one on a cliffhanger, because I doubt it’ll spawn a sequel.

Should I read it?: I wouldn’t bother, not that it would take you long. Just wait for the movie.

“WARNING: not to be read after dark — especially page 148.” -what it actually says on the back of this book (page 148 isn’t even mildly scary)

This post is part of my I Read It First series.