Hopefully you enjoyed my summaries of the Animated Oscar shorts, because there’s more where that came from. Here’re my thoughts on the live action shorts, which I thought were considerably better than last year’s overall.

This Irish film centers on a young boy obsessed with soccer, whose father pushes him to be an altar boy. The major scene in the film features the boy, along with his fellow altar boys, preparing for the mass of their lives (the archbishop is visiting, afterall) with a locker room style pep talk from one of the priests. At the end, the boy decides to rebel by kicking his thurible straight into the archbishop’s face, which seemed like rather a strange decision to me, though the comedic value can’t be denied.

Overall, I liked this film. It was a funny concept, well executed. I will say that the locker room scene was far and away the best part of the movie, and it might have actually been better to cut some of the earlier bits entirely and just focus on that. Didn’t care much for the ending, though, since it was entirely against the boy’s character, but what can you do? It was an easy joke, and the director took it. 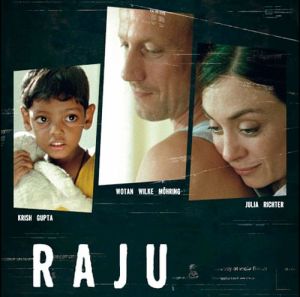 A German couple goes to India to adopt a son, only to discover that the orphanage they adopted him from kidnapped him, and he still has living parents who are looking for him. Though his wife is determined to keep the boy, the German man ultimately returns him to his family without her permission, in a horribly sad and yet still somehow uplifting ending.

This is the movie that is going to win the Oscar. It is sheer Oscar bait, pure and simple. That’s not to say that I didn’t like the film, because I did. It was well-structured, made great use of the beautiful location it was filmed in, and centered on a fascinating moral conflict. But some of the story was a bit hard to follow, and there was a major plot hole–namely, that the Germans don’t just turn the orphanage in–that made it really hard for me to feel the story had any resolution. 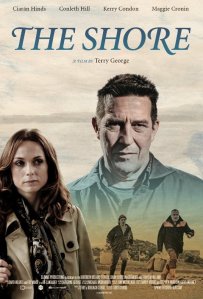 This Irish film is about a love triangle, separated by gang life and kept apart by the ocean and personal guilt. One of the guys has been away for 25 years, and he returns with his daughter and reunites with his best friend and ex-fiance, who have been married to one another for the same period. There is also illegal mussel digging going on, and a lot of talk about how tough times are.

I thoroughly enjoyed this film, though I had some difficulty understanding the Irish accents (don’t look at me like that, Aran), and ultimately I didn’t think it had much depth. I especially would have liked a better explanation of why the dude left in the first place; to be fair, it was explicitly explained, and I think I may have just failed to understand it due to accent differences. There was a particularly hilarious scene where Patty, the man who stayed in Ireland, and his mussel-digging pals think the returning friend is a government agent come to arrest them for their illegal harvesting, which ultimately ends in the three of them getting chased down across the beach by a horse. Ultimately, though, very little substance in this one. 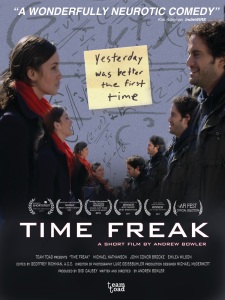 This movie is exactly what short films should be: funny and to-the-point. It’s about a guy who invents a time travel machine, but then gets so caught up in micro-managing his own behavior that he never gets around to actually using it for something big. In the end, his friend has to put a stop to the nonsense.

Like I said above, this movie was short and sweet, and it didn’t over-reach–something I’ve always said should be a key factor in judging a story. It was exactly as long as it needed to be, displayed a completely unique time travel concept, and ended on a high note. Lovely. 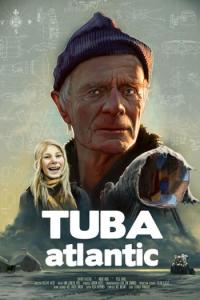 But the award for my favorite live action short definitely goes to this one. Having read synopses beforehand, I suspected that this would be my favorite, and I was right. It’s a Norwegian film about a farmer who finds out he has six days to live, and spends them with an annoying girl from the local Jesus club who tries to help him accept his death, much to his chagrin, while he debates whether or not to contact his estranged brother. Ultimately, he manages to contact his brother using a gigantic tuba they’d built in their youth, which is so loud the noise is heard in New Jersey, where his brother now lives. Also, a lot of seagulls die. A lot of them. In very creative ways. Lots of dead birds at the Oscars this year, apparently.

I’m a sucker for dark humor, which I think was the main appeal this film held for me. There’s just something delicious about laughter in the face of death that makes me happy. But the film was also aesthetically pleasing–how could it not be, with a setting like Norway–and the quirky but sweet relationship that develops between the old man and his “angel of death” is delightful. Thematically, the film highlighted all of the petty things that seem to run people’s lives, but in a way that didn’t feel chastising. Instead, I got the distinct impression that it’s okay to be worried about all of those silly little things, so long as you keep a perspective on it, and don’t take any of it too seriously.

So there you have it. All of this year’s Oscar nominated shorts. Guess we’ll find out if I’m right on Sunday, huh?

“The Jesus Club sent me to help you die!” -Inger
“I can manage that fine myself.” -Oskar
-Tuba Atlantic

P.S. I have a Tumblr. I feel compelled to mention it again because, like, it’s pretty. And I like it. So there you go. Also, my deviantArt gets updated way more often than this blog does, so you should probably look at that, too. I am all over the Internetz!