Okay, people, I know the Hunger Games movie just came out and everyone’s all excited and posting about it, BUT! Something else big happened this past week in the world of sci-fi nerds, which I think deserves a bit of a nod and, in true Whoosh fashion, excessively critical over-analysis. What happened, you ask? Well, DUH. The new Doctor Who companion was announced. Here she is: 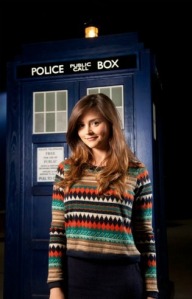 That is Jenna-Louise Coleman. She is young, British, gorgeous and, according to the press release, able to talk even faster than Matt Smith. Head writer Stephen Moffat (also co-creator of my beloved Sherlock series, to those of you who aren’t obsessed with British nerd television) added, “Jenna is going to lead him his merriest dance yet. And that’s all you’re getting for now. Who she’s playing, how the Doctor meets her, and even where he finds her, are all part of one of the biggest mysteries the Time Lord ever encounters. Even by the Doctor’s standards, this isn’t your usual boy meets girl.”

…guys. No disrespect to Miss Coleman, as I’m sure she’s a lovely girl and a wonderful actress, but this makes me MAD. Like, incoherently flailing my arms around at inappropriate times mad. Considering dropping the show from my very short list of currently-airing-shows-to-watch mad. Tempted, even, to unfollow Stephen Moffat on Twitter mad (horror of horrors!), if it weren’t for the faint glimmer of hope that I’ll get some undeserved glimpse into the future of Sherlock. 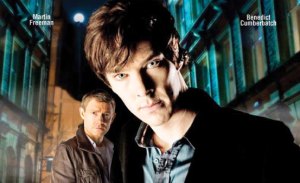 Let me explain. The Doctor has a long and storied history, and I’m not going to pretend that I know even half of it. I’m definitely a reboot bandwagon kind of girl on this franchise, and have seen only scattered episodes of the original series (thank you, PBS). My grasp of the Doctor as he originally appeared is tenuous at best.

But what I do know about the Doctor is that his companions have not always been young, attractive, snarky British girls who rely on the Doctor to bring color (and awkward sexual tension) to their sad, meaningless lives. Sometimes they were young, attractive, snarky British boys. Or, like, kids. Sometimes, they weren’t even human at all–they were aliens, or other Timelords, or even robots (K-9, anybody?). There was variation. It was interesting.

And yet the reboot insists on casting and re-casting the same horrifically boring character over and over again, with slight variations in hair color, skin color, and catchphrase. And yes, I know, there’s Rory, and there was Mickey, but they’re both accessories at best. And yes, River is a timetraveler in her own right and not reliant on the Doctor 100% of the time, but aside from that she’s essentially the same character as the other companions (in love with the doctor, snarky but never actually challenges him, young, attractive, British, etc.). 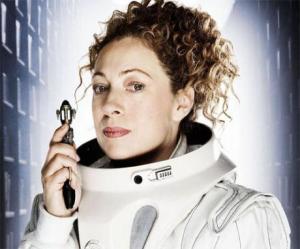 It really irks me that Moffat is trying to pass off yet another incredibly generic casting as new and exciting, and he knows it. Look at that last sentence again: “Even by the Doctor’s standards, this isn’t your usual boy meets girl.” By the Doctor’s standards. He knows  that he’s writing the same freaking boys-meets-girl story over and over again. He knows it. And yet. And yet.

The only real deviation from this obnoxious chain of manic pixie girls (there. I said it. That’s what they are) was Captain Jack Harkness. Now there was an interesting character–someone who could have actually challenged the Doctor. Someone who was exactly as long-lived as him (longer, actually), who wouldn’t need constant saving because he can’t freaking die. Not to mention them being the same gender, which already has a whole bunch of fun things to play with.

Or! Maybe bring back the Doctor’s daughter. Remember her? The Doctor’s daughter? Who could also regenerate and was exactly as mad as him and equally if not more competent, and entirely independent from him or anyone else to make her life interesting? Not to mention an easy escape from the awkward sexual tension, considering that she’s his daughter. Seriously, why has she not come back yet? 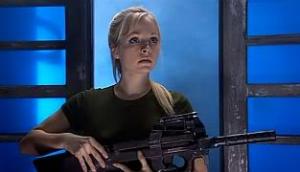 So Stephen Moffat, please, for the love of all that is nerdy, take a freaking chance and stop feeding us this same old bullshit dynamic. I know you can do it. I have seen it before. I have faith in your genius. & if you really want to shake things up, maybe cast a woman as the Doctor next time?

And also, as long as I have your attention: Sherlock before 2013? Pretty please?

“It might be irrational of me, but human beings are quite my favorite species.” -The Doctor

P.S. Do not ask me about my opinions regarding Amy & Rory sticking around for a third season. All you will get is angry, incoherent keyboard pounding in all caps.

3 thoughts on “Doctor Who & the Awful Companions”