Like all English majors before me, I love Shakespeare. I love the rhythm in his words. I love how bawdy, sarcastic and snarky his characters are. I love that he manages to turn a largely formulaic play structure (“tragedy” or “comedy” – and ne’er the two shall meet!) into thrilling stories.

For this reason, I’ve never been one to moan when I had to read Shakespeare for school. I’ll take him over just about any other author pre-1900s, hands down. But not all of his plays give me that feeling of delight, and there is one in particular that I absolutely hate reading, which is also, unfortunately, the one that’s been assigned most often.

Romeo and Juliet, I am calling you out. 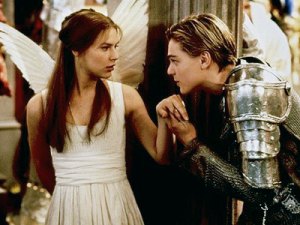 This play is widely touted as one of the greatest love stories of all time, if not the greatest. They are the original star-crossed lovers (on a side note: look up what that term actually means; you might be surprised to find you’ve been using it wrong), destined for a happily ever after until their perfect bond was torn asunder by the horrific and pointless feud between their two families. If only those stupid parents had listened to their teenage children and not interfered!

Is it just me, or is that essentially the plot of every over-wrought YA romance novel ever written?

Here’s the thing. Romeo and Juliet are not soul mates who would have pranced happily into the sunset if not for the interference of others. In reality, they were stupid teenagers infatuated with one another who decided that their fleeting crushes were more important than their familial ties, and in the end they got people they loved and themselves killed. They were stupid. There is nothing romantic about that.

Don’t believe me? Okay, let’s break it down, starting with loverboy. 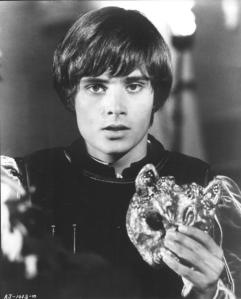 Romeo is known for spouting all kinds of lovely, poetic things about Juliet. The boy practically drools metaphors. Take this one, for example:

“One fairer than my love? The all-seeing sun
Ne’er saw her match since first the world begun.”

Aw, how sweet! He thinks she’s the prettiest girl of all time! But what’s that? This quote isn’t about Juliet, but in fact refers to Rosaline, whom Romeo spends the entire opening of the play pining after? And his friends mention that he’s done this with other girls before? Wow. Seems like he’s less of a romantic and more of a superficial player.

Okay, so Romeo’s a douche. But what about Juliet? Sweet, innocent Juliet, practically still a child. Surely she’s just a blameless little girl caught up in the big bad world! 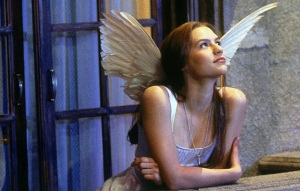 Well, yes, actually. She is still a child. She’s 13 when this play takes place. When was the last time you saw a 13-year-old make good romantic decisions? I’m not saying it doesn’t happen–just that there’s a reason you can’t legally commit to marriage anymore until you’re 18 (or have parental permission yes I know stop challenging my snark). And while she was certainly of marrying age given the era she was living in, and her father was all set to marry her off to Paris, she wasn’t exactly forced into it. When the topic of marriage first comes up, her mother specifically asks her, “What say you? Can you love the gentleman?” She had a choice. The fact that she decided not to exercise it is entirely her own fault.

So these two meet at a party, fall “desperately in love”, an asshole of a friar agrees to marry them secretly and without their parents’ consent despite the fact that they are children, and then it all goes to horrible, horrible hell. Mostly because the friar can’t get his shit together, but also because these two “mature enough to marry” children refuse to face up to the consequences of what they did and just freaking tell their parents. Talk about a stupid teenage rebellion. Nothing says “stick it to my parents” like mutual suicide, eh?

The really sad part is that their parents aren’t actually all that opposed to the idea of their children being married. In fact, Daddy Capulet is quick to announce:

“O brother Montague, give me thy hand.
This is my daughter’s jointure, for no more
Can I demand.”

See? He’s all cool with his daughter making her own decisions. And, yes, they probably would have flipped their lids if they’d found out while their star-crossed children were still alive to be angry at, but it’s not like they could have done anything about it once the two were married, anyway.  Juliet could have solved a whole lot of problems by just telling her dad she was already married to Romeo. Hell, if Romeo had just told Tybalt that he married Juliet rather than being all mysterious and refusing to explain his frankly bizarre behavior, Tybalt and Mercutio would have survived the story.

So what’s my point? Just this: stop holding these two up as the ultimate everlasting love. They are not wonderfully romantic young lovers torn asunder by the harsh, cruel world. They are stupid teenagers who ought to have talked to their parents before making huge life-changing decisions that affected everyone around them, especially based on only a few days of knowing each other. If this book were written today, it would be Twilight, and everyone would be ridiculing it for its ridiculous notions of how love works and the fact that it glorifies horrifically terrible decision making.

Oh, and fuck Friar Laurence for enabling them. I hate that guy.

“If you’re going to write a novel about everlasting love, the characters can’t be teenagers.” -Nicholas Sparks (you should really take some of your own advice there, though, Mr. Sparks. Or did you forget A Walk to Remember? Which is not to say that teenagers can’t stay together forever, but rather that it’s pretty freaking rare and you shouldn’t encourage people to think otherwise.)

6 thoughts on “Romeo & Juliet, and the Problem with Teenage Romances”