Like I mentioned a few weeks back, we seem to have found ourselves smack-dab in the middle of awards season again, with the Oscars coming up next weekend. And while most of the attention come Oscar season is on the feature films, I’m taking you on a trip through my favorite part of the show–the short films.

Today we’re going to talk about the live action shorts, which I went to see at the Harvard Exit Theater in Seattle’s Capitol Hill. If you’re a local, I highly recommend heading over there to check out these films for yourself (and while you’re in the area, stop at Ada’s Technical Books, because it’s the best book shop in Seattle). And without further ado, I present to you….

Death of a Shadow

Steampunk has finally made it to the big time, if this film is any indication. It was all unnecessary gold gears and shadowy alleyways and machines with unexplained inner workings, which allowed the main character–Nathan–to capture shadows at the moment of a person’s death and submit them to his boss’ art gallery. He is doing all this for the chance to return to life, to find the woman he fell in love with in his last moments. Basically, this movie is practically begging to be an anime.

The biggest plus about this film is in its cinematography and mise-en-scene. Whether we’re in the shadowy halls of the death gallery, or out on the snowy grounds of the real world, absolutely everything appearing on screen in this film is gorgeous, as per usual with the steampunk aesthetic. Plus, Death of a Shadow is the result of a union between France and Belgium, so the entire thing is in Flemish–a language one does not get to hear nearly often enough. For these reasons alone it is worth watching, although it still falls prey to the troublingly common trope of man-falls-in-love-with-pretty-girl-because-pretty-girl-is-pretty, which is a trope I would like to KILL WITH FIRE.

From a purely technical standpoint, Henry ought to take the award, hands-down. It’s a Canadian film, so like all Canadian high cinema it’s in French, and feels very much as though it would like to be set in Europe. The audience is aligned with the protagonist, Henry, an old pianist with a virtuoso violinist wife, whose life is suddenly turned upside down when his wife disappears and the whole world suddenly stops making chronological sense.

There’s no way to really talk about this movie without giving away the central conceit, but since it’s pretty easy to figure out what’s going on, I don’t think it’s much of a spoiler to tell you that this is a movie about having Alzheimer’s. Henry’s confusion over the disappearance of his wife is initially framed as a thriller, putting the audience in his head and making you feel the panic he’s feeling–but it soon becomes clear that the real devil at work is his own lack of memory. This is a deeply moving and incredibly sad film, especially if you come from a family where memory loss is a major issue. Keep some tissues nearby.

Oh, and fair warning for Doctor Who fans–the main actress in this movie, Marie Tifo, looks exactly like Alex Kingston, who plays River Song. If you’re anything like me, you might spend the first five minutes of this film suspicious that it’s going to turn into a time-traveling debacle. Spoiler: it doesn’t.

While Henry definitely gets the award for best technical production, Curfew is my favorite of the nominated live actions, probably because it’s the only one that has any kind of humor going on. Frankly, the rest of these are a total downer, so it was nice to have this one right in the middle–even though it does have a fairly graphic representation of attempted suicide (it’s Oscar nominated–of course Death had to be involved somewhere).

Curfew follows Richie, a wash-out who’s decided life isn’t worth living anymore, as his estranged sister interrupts his suicide attempt with a request to watch her nine-year-old daughter, Sophia. Uncle and niece quickly discover that they have the same off-beat, blunt sense of humor and from there, the film just sort of follows them as they careen through unlikely conversation topics, eventually reaching a point of mutual understanding.

What I like about this film is its ability to deal with really heavy, dark subjects in a way that doesn’t feel stifling–something that’s very hard to achieve. It’s also the only film on this list that acknowledges that females are actually people who don’t exist solely as background props for men, which is nice to see. Plus, there’s a random musical number in the middle.

I’m guessing this is the film that will win the Oscar, because it’s basically just twenty minutes of shameless Oscar-baiting, and the Academy loves that shit. It follows two friends, Rafi and Ahmad, struggling to survive in Afghanistan even as they dream of a heroic future as Buzkashi riders (think polo, but instead of a ball, it’s a dead goat). Rafi is the son of a blacksmith and works hard to help his father, while Ahmad is a street urchin who fast-talks tourists to make money. Ahmad is the more fearless of the two, and his determination to become Buzkashi stands in direct contrast to Rafi’s determined practicality in pursuing his father’s line of work. You can probably guess how it ends, but I won’t spoil it for you.

For a film supposedly about “forging a future in a land torn by conflict,” there is honestly not a whole lot of conflict in this film. Mostly it’s just two boys running around getting into trouble in really unimaginative ways. It’s also really hard to take seriously when these supposedly poverty-stricken children have perfect haircuts and healthy, glowing complexions of the sort that only come from an upbringing on the Sunshine Coast. At least the setting is gorgeous, though. Twenty points to Hindu Kush. 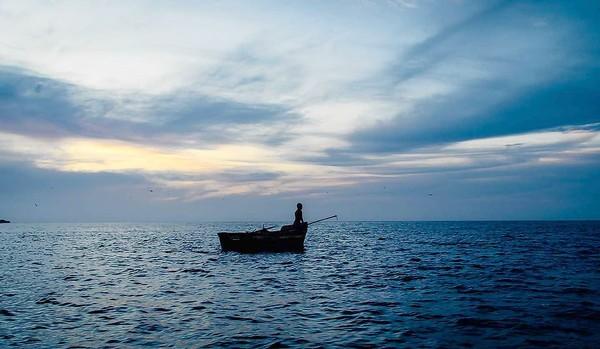 Okay, honestly, I have no idea why this film was nominated. I mean, yes, it’s about Somalian refugees, so it fits nicely into that whole First-World-guilt thing that the Academy loves so much, but from a technical standpoint, this movie has absolutely no clue what it is. It just sort of wanders around, accidentally tripping over themes and ideas that never get fully flushed out. Total mess of a film.

Asad follows a young Somalian refugee, growing up in the midst of war. Kind of. I mean, at least I think that’s what it wants to be about. In actuality, it just shows this little dude running around failing to accomplish things. First he fails to convince his older friends to let him join their pirating raid, then he fails to take a fish to his mother because he fails to stand up to some asshole soldiers, and then he fails to catch a fish, but it’s okay because he found the yacht that his friends failed to hold up and ends up with a pet cat instead. As far as I can tell, this whole movie is just a set-up to make a joke about how cats look like lions. Oh, and “Asad” means lion, because symbolism.

I don’t know. This movie is stupid. But it is pretty cool that everyone involved in making it is an actual Somalian refugee, so points there. I just think they could have used a hell of a lot more guidance, because it is pretty obvious that they had no idea what they were doing.

So there you have it. My take on this year’s Oscar-nominated live action short films. In case you were wondering, no–none of them pass the Bechdel Test. The only one that comes close is Curfew, but even that one doesn’t quite manage it. Thanks, Hollywood! Nice to know that you continue to doggedly ignore half the population of the world.

Next week, we’ll talk about the animated shorts–and get to see which films actually won. Stay tuned!

“But short films are not inferior, just different.” -Jane Campion